This webinar elaborates on the threats such as reverse engineering, piracy and IC overbuilding that the chip design industry is up against, while describing a design-for-trust solution that has been developed over the last decade, called logic locking, to protect chip designs from these threats. This webinar also covers the threat models and lessons learnt in logic locking, the relevant security metrics, and implementation trade-offs.

Ozgur Sinanoglu is a professor of electrical and computer engineering at New York University Abu Dhabi. He earned his B.S. degrees, one in Electrical and Electronics Engineering and one in Computer Engineering, both from Bogazici University, Turkey in 1999. He obtained his MS and PhD in Computer Science and Engineering from University of California San Diego in 2001 and 2004, respectively. He has industry experience at Texas Instruments, IBM and Qualcomm, and has been with NYU Abu Dhabi since 2010. During his PhD, he won the IBM PhD fellowship award twice. He is also the recipient of the best paper awards at IEEE VLSI Test Symposium 2011 and ACM Conference on Computer and Communication Security 2013. He also received the inaugural Distinguished Faculty Research Award at NYUAD in 2021. Sinanoglu has recently been elected in 2021 to serve on the Mohammed bin Rashid Academy of Scientists, UAE.

Prof. Sinanoglu’s research interests include design-for-test, design-for-security and design-for-trust for VLSI circuits, where he has more than 200 conference and journal papers, and 20 issued and pending US Patents. Sinanoglu has given more than a dozen tutorials on hardware security and trust in leading chip design automation conferences. He has served as track/topic chair or technical program committee member in about 15 conferences, and as (guest) associate editor for IEEE TIFS, IEEE TCAD, ACM JETC, IEEE TETC, Elsevier MEJ, JETTA, and IET CDT journals.

Prof. Sinanoglu is the director of the is the director of the Center for Cybersecurity as well as the Design-for-Excellence Lab at NYU Abu Dhabi. His recent research in hardware security and trust is being funded by US National Science Foundation, US Department of Defense, Semiconductor Research Corporation, Intel Corp and Mubadala Technology. 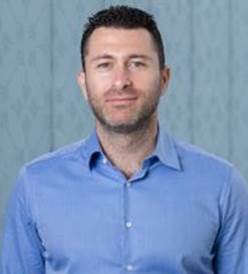