Dr. Christophe Bobda, Professor at the University of Florida with the Department of Electrical and Computer Engineering

Profesor Bobda is Senior Member of the ACM. He is also in the program committee of several conferences (FPL, FPT, RAW, RSP, ERSA, RECOSOC, DRS), the DATE executive committee as proceedings chair (2004, 2005, 2006, 2007, 2008, 2009, 2010). He served as reviewer of several journals (IEEE TC, IEEE TVLSI, Elsevier Journal of Microprocessor and Microsystems, Integration the VLSI Journal) and conferences (DAC, DATE, FPL, FPT, SBCCI, RAW, RSP, ERSA), as guest editor of the Elsevier Journal of Microprocessor and Microsystems and member of the editorial board of the Hindawi International Journal of Reconfigurable Computing. Dr. Bobda is the author of one of the first most comprehensive books in the rapidly growing field of Reconfigurable Computing. 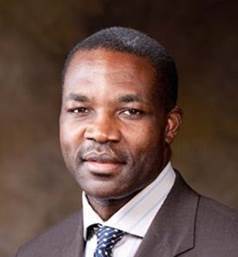